Caring for the Poor

When Jesus began his earthly ministry, He stated His purpose in a statement at the synagogue in Nazareth. Reading from the Book of Isaiah He said, “God's Spirit is on me; He's chosen me to preach the message of good news to the poor, sent me to announce pardon to prisoners and recovery of sight to the blind, to set the burdened and battered free, to announce, ‘This is God's year to act!’” Later, the Apostle Paul said in Galatians 2:10, referring to the church at Jerusalem, “All they asked was that we should continue to remember the poor, the very thing I was eager to do.”

A central message throughout scripture is the importance of caring for the poor, the homeless, the orphans, and widows. It is not our place to judge how they got there, but only to do what we can to help.

Last night, Sky Blue, (Bob, Theresa, & Jim) played a special concert for about 100 homeless men at the Kansas City Rescue Mission. http://www.kcrm.org/ We didn’t preach to them or beat up on them, but rather, attempted to bring some light and joy into their lives. We were very warmly received and it was a very good experience. I am sure we will do it again soon.

This morning I attended a meeting of the Leawood, KS Chamber of Commerce. Leawood is one of the highest income per capita cities in the United States. The meeting was only about a twenty minute drive from the rescue mission, but the contrast between the two groups couldn’t have been greater. Frankly, I am right at home in the Leawood group, and I felt a little uncomfortable at the mission, but one doesn’t have to very observant to know where the greater need is. Jesus didn’t call us to be comfortable.

I have spent most of my life thinking about the difference between the people at the Chamber of Commerce and the ones gathered at the rescue mission. At the chamber meeting we talked about all the great new restaurants in Leawood. The people at the mission were there because of an offer of free food and a warm place to sleep.

So far, my only conclusion about the difference is: not that much. When I was five years old, I was told I was smart, that I could do anything I wanted, and I was encouraged to read. Most of my new friends at the mission were told they were dumb, that they would never amount to anything, and they never read a book. Encouragement verses discouraging comments, education verses dropping out, maybe a few bad choices, and the difference is either sitting in a nice office in Johnson County or standing in a food line at 15th and Cherry.

Jesus knew the differences were small. I firmly believe that God provided some with abundance to help those in need, but 80% of churches do nothing at all for the poor or homeless.

No matter what your situation, there is always something you can do to help someone less fortunate, even if it is just singing them a few songs.
Posted by Jim Mathis at 10:28 AM 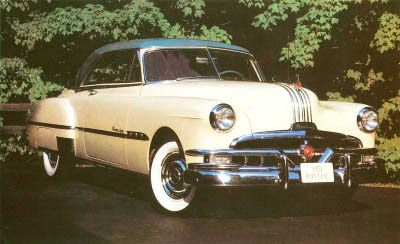 Ted DeMoss, the late president of CBMC would occasionally comment that a person was “educated beyond their intelligence.” This was just his funny way of saying that the person knew too much and thought too little.

I can certainly see where this whole idea of knowing too much and not thinking enough is a common trait. I see it in myself. In my early career, I started a photofinishing business. I know absolutely nothing about photofinishing, so I had to think through everything and figure it all out for myself, relying mainly on my heart and intuition. (I know now that this was wisdom from God and not any knowledge I had.) This led to some very creative solutions that set us apart and led to a very successful business.

Later in another project, I was very well prepared and approached the business pretty much along the lines of our competitors. This business was no more successful than some others in the field. In retrospect, I am sure it was because we were not forced to be creative and find new and better ways of doing things. We relied on our own understanding.

This seems counter-intuitive. One would expect that the more you know about something the better, but it doesn’t always work that way. I suspect that Steve Jobs never would have started Apple Computers if he had come from a background with IBM. His lack of computer experience caused him to think in totally new ways.

In the spiritual terms we could say to trust God and not our own knowledge. Proverbs 3: 5-6 says, “Trust in the Lord with all your heart, and lean not on your own understanding; in all your ways acknowledge Him and He will make your paths straight.”

Before the Renaissance 500 years ago, it was assumed that all people were about the same and if someone was capable of produced art, music, or literature, that they somehow had a received a gift from the supernatural of some sort. People would say that someone had a genius, not that they were a genius. With the renaissance came a belief in humanism and that man was highly capable of creativity on his own. While this type of thought has some practical advantages, it is not altogether correct.

God most surely gives and takes away gifts, and we should not give ourselves too much credit or beat ourselves up too much, if we do not have the gifts we want. Chances are we are gifted in ways that probably don’t seem like gifts to us. One of my definitions of giftedness is if we don’t see why others are not like us.

Mark Twain said the real danger is not in not knowing something, but in being absolutely certain of something that is wrong.

The only thing worse than too much information is having the wrong information. That is why it is dangerous to trust in ourselves too much.
Posted by Jim Mathis at 10:57 AM

About 30 years ago, I realized that youth was no longer on my side and decided to join a gym and start lifting weights to get into shape. I was assigned a personal trainer who took my measurements and made up a chart of the exercises I should be doing. I kept the chart in a file drawer at the gym along with all the other members.

I faithfully and regularly worked out, recording my somewhat remarkable progress. One day a few months later, I went for my regular workout to find the file drawer missing. I was told that they had thrown out the charts; they didn’t know how many people used them, and besides, it wasn’t their responsibility to keep track of everybody’s charts anyway. I was furious. I could have easily kept my chart in my gym bag if I had known they were going to throw them out.

Not long after that the management posted signs at the parking places closest to the door saying they were reserved for the owner and managers. It was not unusual to see the parking lot full, with cars on the street with the four or five parking spaces by the door blocked, being reserved in case the owner should stop by. It was pretty obvious that the needs of the members were of little interest.

Of course, I cancelled my membership and moved to another gym. Now 30 years later, I still workout and lift weights regularly. I think I am in better shape now than I was when I was thirty. Of course, I will never know, since Gold’s threw out my workout charts years ago.
Posted by Jim Mathis at 1:35 PM